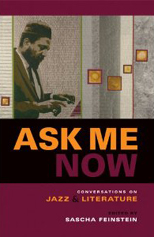 Ask Me Now explores the relationship between the language of music and the music of language with 20 conversations on jazz and literature. Writer, editor, and saxophonist Sascha Feinstein gathers a variety of artists, poets, musicians, fiction writers, essayists, playwrights, and record producers for discussions on the elusive but engaging relationships between jazz and literature. Late in his life, confined to a chair or bed, Matisse transformed a simple technique into a medium for the creation of a major art. “I have attained a form filtered to its essentials.” Cutting dynamic shapes from painted paper, Matisse created his images. While producing pieces for Jazz, the artist used a large brush to write notes to himself on construction paper. The simple visual appearance of the words pleased Matisse, and he suggested using his reflective handwritten thoughts in juxtaposition with the images. The original edition of Jazz was an artist’s book, printed in a limited quantity. This selection from the original is an exquisite suite of color plates and text that, like the music it was named for, was invented in a spirit of improvisation and spontaneity. These magnificent cut-outs of pure color celebrate the radiance and emotional intensity of the artist’s oeuvre.  Full color illustrations throughout 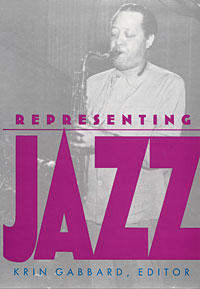