Armagos(Greece)-Promise
Composer: Armagos
Album: Promises(2021)
In 2020 Greek composer Armagos created the album “The Lonely Piano”, his first studio instrumental project, which became popular among music lovers in Greece and around the world.
Armagos released on September 2021 his new instrumental album, “Promises”: a unique collection of 10 emotional tracks for piano and ney (asian flute). The listener lives the experience of a journey full of images, emotions and melodies that come straight from the heart and capture a unique sense of atmosphere, presence and peace.
Two of the best Greek musicians perform in this recording: Neoklis Neofytidis (piano) and Nikos Paraoulakis (ney).
Website CDStore
WorldMusicMix 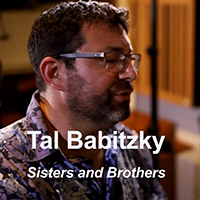 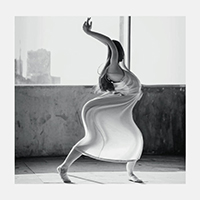 Al-jiçç (Portugal)-Zadar
Composer: Al-jiçç
Album: Chants (2021)
Label: Al-jiçç
‘Chants’ is Al-jiçç’s fifth album and represents an aesthetic evolution of the band. It was composed and produced during the pandemic, with the musicians individually recording their parts.
The music started with six little themes composed on a electric piano, which served as a harmonic basis for the improvisations. These improvisations were edited and manipulated, with the mixing and post-production playing a fundamental role in the construction of the record.
Keeping the Mediterranean-inspired melodies as a brand, in ‘Chants’ these were fused in a universe influenced by Miles Davis’ electric phase (in ‘Route’), by Dub (in ‘Zadar’) or the more ambient electronics ( in ‘Lost Sign’).
This record represents a new direction for Al-Jiçç, using the melodic side as a starting point for more electronic and contemporary universes.

Beyond the deep knowledge of guitars of the three musicians lies a shared artistic sensibility that leads us to a magical universe of uncharted territories. Listening to these 6 pieces infused with a fascinating spatial fluidity you may think about a collection of Pictures at a Cosmic Exhibition.
Creativity and precision merge together in swirls of timeless sonorities.

Ethereal IV was recorded at the end of Kevin Kastning’s 2018 European Tour. The album was recorded in a single day at the Kismaros Concert Hall in Kismaros, Hungary, and features Kevin Kastning on 30-string Contra-Alto guitar, Sandor Szabo on electric guitars, and Balazs Major on percussion.

Julien Bigorgne(France)-Farout
Composer: Julien Bigorgne
Album:  Monades
Label:  LEM
Monades is the first record of the French jazz flutist Julien Bigorgne. Passionate about traditional Turkish, Indian and African music, Julien Bigorgne has composed 14 instrumental pieces, a bit like the Orientalists, borrowing from these traditional music their colors and rhythms while reinterpreting them. A long work of maturation gives to the compositions a contemporary character that stands out from the clichés too often conveyed by “World Music”.